Reverie Creamery in North Harmony received the silver medal in the artisan cow’s milk soft cheese category. The creamery submitted its “Wanderer” cheese, which is alpine washed with local Porter made by Southern Tier Brewery. The cheese uses raw milk and was aged between four and six months.

Riko Chandra, co-owner and cheesemaker, said the cheese is washed with wine, herbs and spices. He said the cheese is a unique and authentic product. Chandra said he was happy to come away with the silver knowing all the great cheese products competing at the fair.

“We’re happy just to be appreciated,” he said.

The cheese is available for purchase at its location on Route 394 in North Harmony. 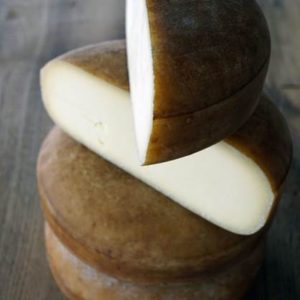 Chandra said he gives credit to Rachel Vaillancourt, assistant cheesemaker, for her work in making and selecting the cheese for competition.

“She selected the specific batch for the competition,” Chandra said. “She worked so hard on it.”

Last year, Reverie Creamery came away with the gold medal for its tomme-style cheese. This year, they were a half point away from tying the first-place product that came from Easthill Creamery.

Castelli is the second-largest cheese manufacturer in Italy and the first manufacturer of protected designation of origin cheeses including Parmigiano Reggiano, parmesan cheese, and Grana Padano, a hard, semi-fat cheese.

The CCIDA is an economic development organization authorized and empowered by the State of New York to make Chautauqua County a better place to work, live, and visit. We facilitate development by attracting new businesses, while promoting the retention and expansion of existing businesses. Assistance in the forms of incentives – tax abatements, low interest loans, and bond financing – enhances the opportunities for job creation and retention by our businesses. Business … END_OF_DOCUMENT_TOKEN_TO_BE_REPLACED